Home » The Malt Affair, Whisky Live & Whisky Journey in Singapore: Which To Go?

The Malt Affair, Whisky Live & Whisky Journey in Singapore: Which To Go?

Three amazing whisky shows and events in Singapore over five weeks. We deep dive into the origins of these events, how they have grown and what they have to offer so that you have all the details to help you decide which to go to.

Now that the COVID-19 restrictions are down, whisky events are back. Single malt lovers rejoice!

For the hardcore malt addicts and those with deep pockets and powerful liver, attending all three have to be the way to go. However, for the sake of most people and those who are curious or somewhat initiated, we compare these three whisky shows that happening within 2 to 3 weeks apart from one another, so that you don’t to:

*NA: Not Available at time of print
^ Additional costs may apply

The Malt Affair started as an online marketplace for the whisky community. It allows people to trade their bottles, exchange notes and more importantly share a dram. The Malt Affair’s proprietary event TMA Volume 6, as it suggests, is into it’s sixth edition. The event has grown over years because of its vintage bottles and intimate followings.

There are no free drams at the event (unless you know how to), but for SGD 15, the show seems to be affordable.

Masterclass however is priced at SGD 690. This year, Dutch Whisky Collector Michiel Wigman will be in Singapore for the first time to host his masterclass. The masterclass will last for 90min. To attend, entry ticket to TMA is a must. Before screaming expensive, these are the rare vintage whiskies attendees will be enjoying at 15ml per pour:

Whisky Live is one of the world’s biggest whisky and spirits shows. The event is into its 22nd year. Started in Paris for customers and aficionados in 2000, the event is now held regularly in other major cities like London, Shanghai, Tokyo and New York.

In 2010, Whisky Live arrived at the shores of Singapore, making it officially the first whisky show in Singapore and the region. Author and whisky collector, Mr Emmanuel Dron was then the Manager at La Maison du Whisky, organiser of Whisky Live, who led in the creation and organisation of the event in Singapore. He saw the event as a big step forward for whisky community in Southeast Asia.

In 2013 or 2014, the event introduced the Collector’s Room to showcase and serve VIP participants some of the world’s rarest and most sought-after whiskies. There, participants sipped drams that were often out of reach, and rubbed shoulders with notable industry personalities.

As the event grows bigger, tickets sales prices have also ballooned. Tickets were going for SGD 79 back then in 2010 and now inflated to SGD 150 for a Saturday entry. The number of attendees has increased 400 at the inaugural event, to over 3500 at its peak in 2016 and 2017.

The planning of Whisky Journey started in 2019. It is Singapore’s first island-wide bar and restaurant whisky trail developed by Spun Spirits‘ Managing Director Matthew Fergusson-Stewart and led by industry-known whisky maniac Sarah Thallon when they were both employees at The Whisky Store, organiser of Whisky Journey.

This year, Whisky Journey takes on a different format, one that is styled like a convention-exhibition. A relatively new contender in the space of whisky shows and exhibition, the event claims to be Singapore’s biggest and promises amazing experiences by their exhibitors.

The show will feature over 20 exhibitors and over 100 different whiskies/expressions. There will be free drams by selected participating brands as well as access to many different varieties of whisky at a very special price. There will also be the chance to buy whiskies at below retail price, and access to Whisky Journey exclusive bottlings.

Can’t decide? Here’s what people from the industry recommend: 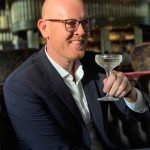 Tim Barnes@rustybarnes4
Read More
The Malt Affair has developed a great following in her few short years and people really ‘show up’ for this one. I like it as there is a great many grass roots Malt Fans and you’ll always meet new Whisky friends.

Whisky Live is never to be missed as it is such a complete and huge show. They put more and more into each year with participating local bars to international personalities and it’s a great catch up with industry friends.

Whisky Journey is the new boy and I’m excited to see what the show will offer in terms of brands and experience. 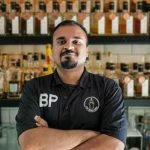 Here’s my take on who should attend what: The Malt Affait (TMA Vol 6) MA for the aficionados, Whisky Live for the initiated, and Whisky Journey for the curious.

Matthew Fergusson-Stewart@son.of.whisky
Read More
Whisky community present and the high number of rare whiskies at good prices makes The Malt Affair a must for whisky aficionados.

As for Whisky Live, it is the longest-standing whisky event with the biggest range of whiskies. Most whiskies are free after entry. Great for those who are curious.

Whisky Journey has evolved and take on an entirely new format. The wide-ranging whiskies and affordable entry fee as well as price per dram make it an interesting contender to look out for. 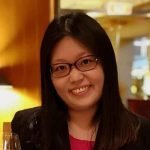 Zerlina Zhuang@whiskygeeks
Read More
I am not attending all three events because I am travelling and have already made plans during this period. My recommendation for the aficionados is the Malt Affair. Whisky Live for the curious and Whisky Journey for the initiated.
Previous
Next
PrevPreviousThe Perfect Yuletide: El Dorado 5 Years Old Rum Christmas Fruit Cake
NextSPUN Spirits’ 2nd Anniversary Warehouse SaleNext Empirical Spirits The Plum, I Suppose 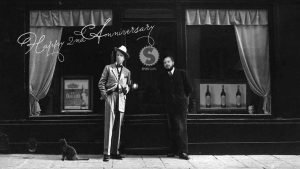 The Malt Affair, Whisky Live & Whisky Journey in Singapore: Which To Go? 3 Indian-inspired Cocktail Bars To Spice Up This Deepavali 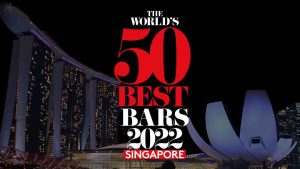 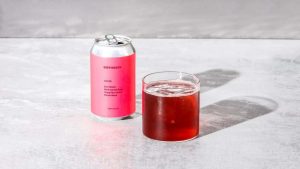 To continue, you acknowledge that you are above legal drinking age in your place of residence. Dismiss